Today, my wife and I traveled to The Flight 93 National Memorial near Shanksville, PA. The memorial is about a 90 minute drive from our home in Stormstown. It was fitting that the weather was very much like that day on September 11, 2001. 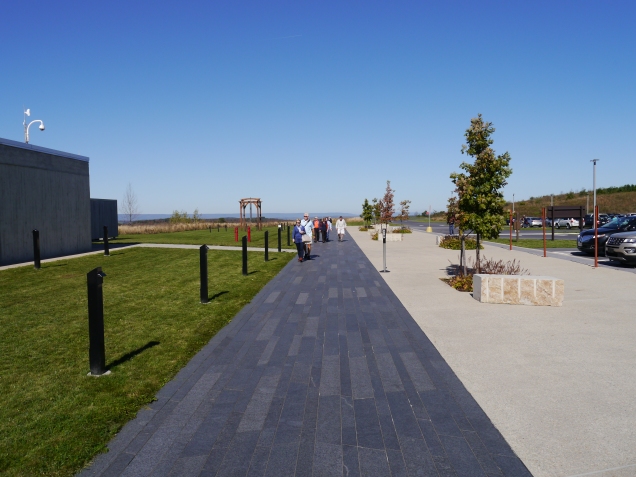 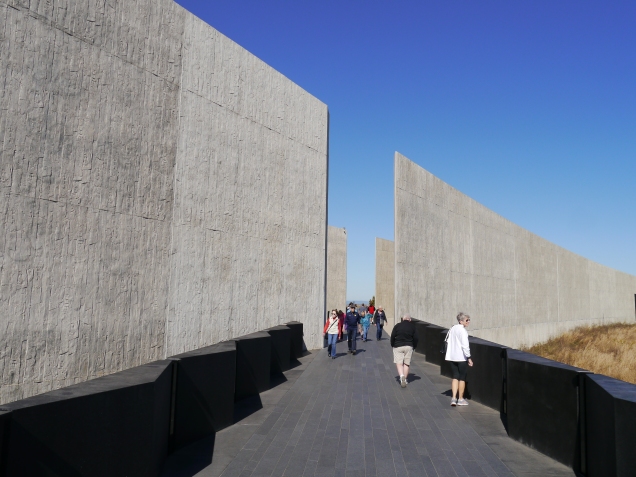 The black granite path passes through the outside walls of the visitor center.

Black granite continues to mark the final flight path at the foot of the hill from the visitor center at The Memorial Plaza.

At The Memorial Plaza, the names of the 40 passengers and crew of Flight 93 are memorialized in slabs of marble. 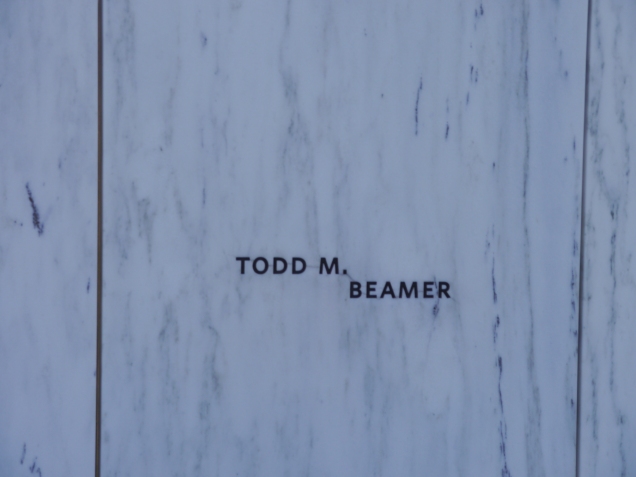 Todd Beamer was one of the passengers that attempted to take over the cockpit from the hijackers. His last words, heard by cell phone by an airline representative, were, “Let’s roll!” His Oracle ID card survived the impact and is on display inside the visitor center. 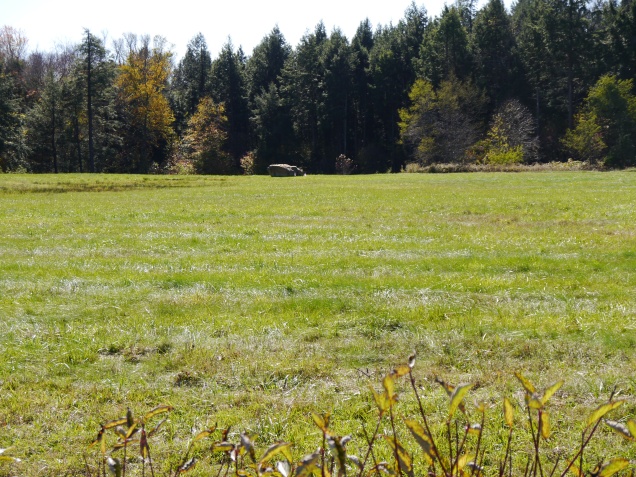 A 17-ton boulder was placed by the point of impact. 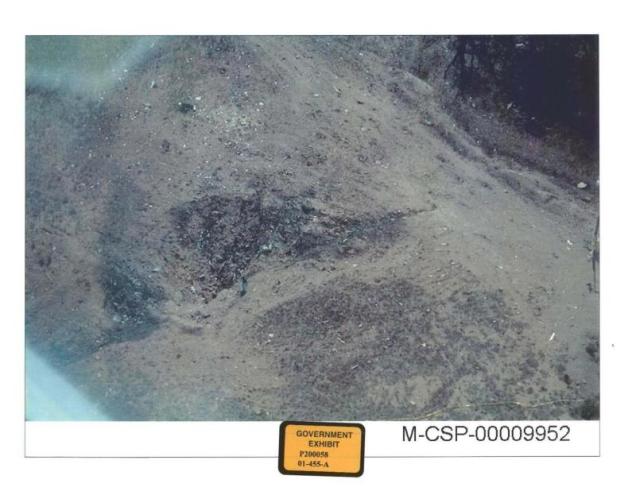 The largest recovered piece of the Boeing 757-222 aircraft measured just a few feet on a side. Most of the debris was strewn over 40 acres. Lightweight paper items were found as far away as New Baltimore, eight miles away. Some of the debris is on display inside the visitor center. I only recognized parts of a scarred circuit board and some wire. Also on display are a drivers license and some ID cards. The impact made a crater 30 feet across and 15 feet deep. The plane hit at an angle of 40 degrees, at nearly 600 mph in an inverted attitude. The cockpit voice recorder and the flight recorder survived, and the recovered data contained a record of the aircraft’s entire flight. Portions are shown inside the visitor center in a flight simulator display.