This morning was the first real steady rain during our trip. It was also much cooler. Today was the first of our journey where I didn’t feel like I was marinating in my own sweat at the end of the day.

We left the campground near Rochester and drove towards town. Marla wanted to see The Mayo Clinic. It isn’t hard to find since it consists of many large buildings at the center of town. The main hospital is less than a mile to the west.

The second causality of the trip are the built in backup cameras. The problem seems to be a loose connection. This morning they totally ceased to function. That should be a warranty repair. I’ll get by on pull through sites and the mirrors.

We continued east on I-90 into Wisconsin. The plains abruptly ended with the bluffs to the west of The Mississippi River. We crossed the river to the north of La Cross. The vegetation and geology changed. There are more trees and topography in this part of the country than in southern Minnesota.

We are spending two nights in The Wisconsin Dells.

We stopped for lunch in Worthington, MN.

Along the way we passed a Hormel plant in Austin, MN. Hormel is the maker of Spam.

We traveled through many large wind farms.

Maybe it should be the state flower.

One of the rest areas along I-90 had an enclosed dog park. Our pups really enjoyed the opportunity to run around. There should be more rest areas like this.

We arrived safely at our campsite outside of Rochester, MN.

Tomorrow, we plan to make it into Wisconsin.

It had rained during the night and was sprinkling this morning.

We left the KOA in North Sioux City, SD, and headed north on I-29. We made a doggy stop just down the highway for a doggy break. The speed limit is 80! At Sioux Falls, SD, we headed east on I-90 for a few miles into Minnesota. Both Marla and I added another state to the list of those we have visited.

We then headed north to Pipestone, MN, made another doggy stop, and had lunch at a Casey’s General Store. Afterwards, we visited Pipestone National Monument. 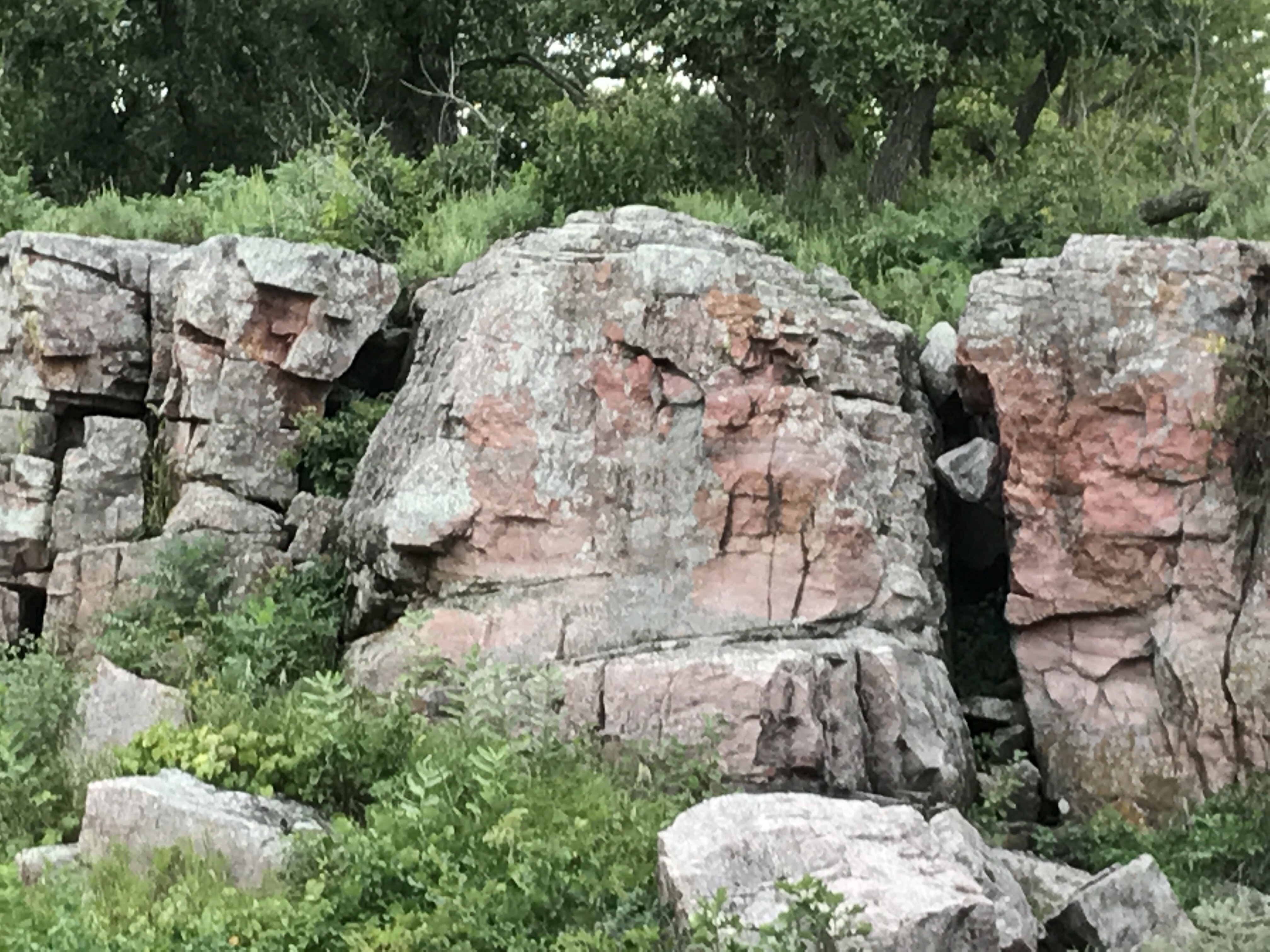 This is The Oracle, a rock formation at the monument. Do you see a human head?

The monument site also has a tract of undisturbed tall grass prairie albeit with 70 non-native species of plants. 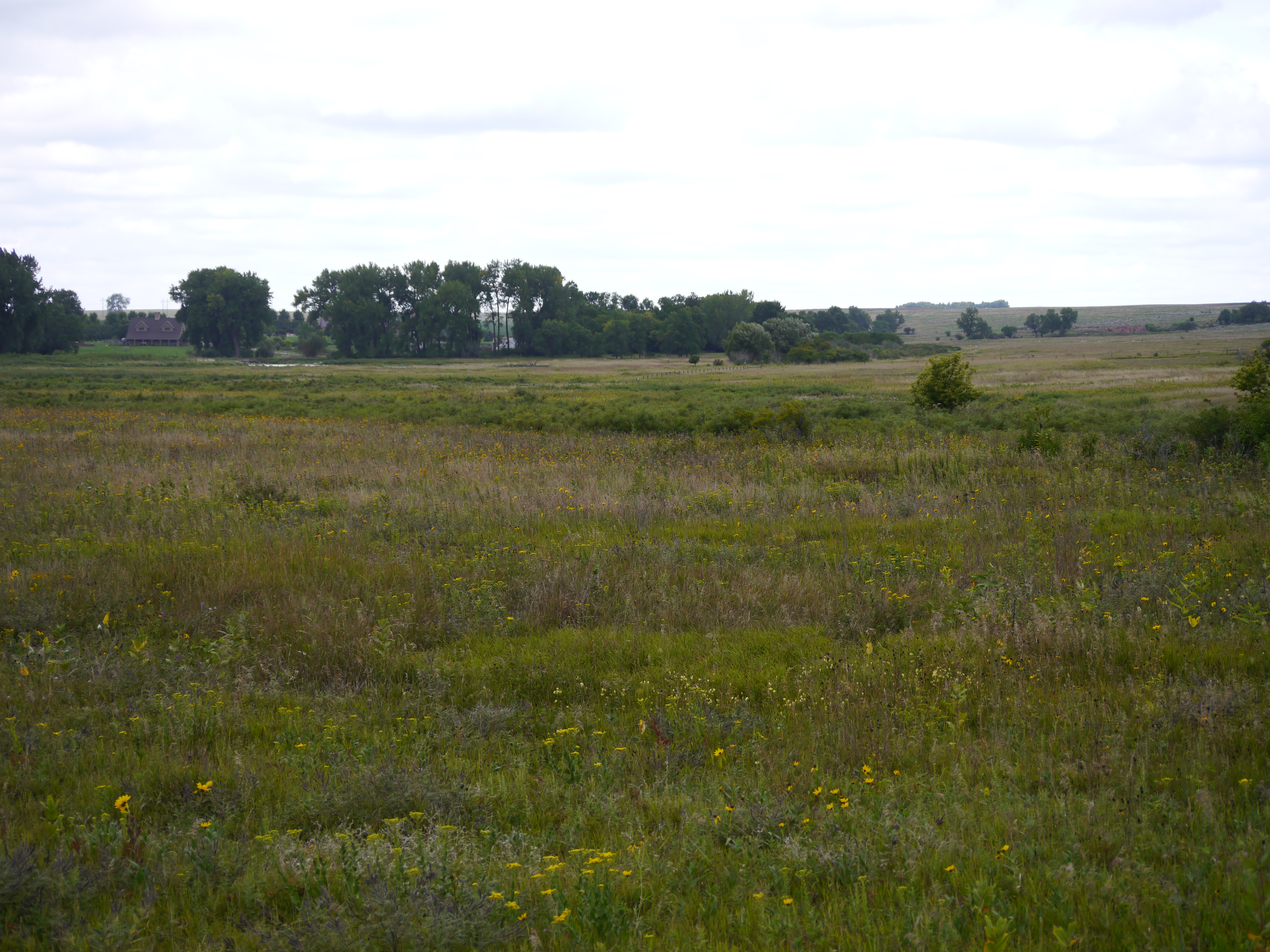 We camped for the night at a campground just outside the boundaries of the monument.

It grew more cloudy as the day wore on and there’s a chance of scattered thunderstorms tonight. We plan to push eastward toward Wisconsin tomorrow.